SPINE is a series of tables consisting of two components - a thin aluminium sheet captured in a cast resin surface. The series is a result of many material explorations concerned with bent forms and enhanced flexibility.

The spine of each table is formed from a 10mm plate of aluminium. The aluminium is scored on both sides, allowing for the dramatic curve to be formed. The aluminium is anodised and set in place before the resin surface is cast around the skeletal form.

As the resin bonds it constrains the aluminium, suspending the spines curve and creating the tables structure. Traces of the organic curve remain visible through the polished resin, its structure evident and essential. 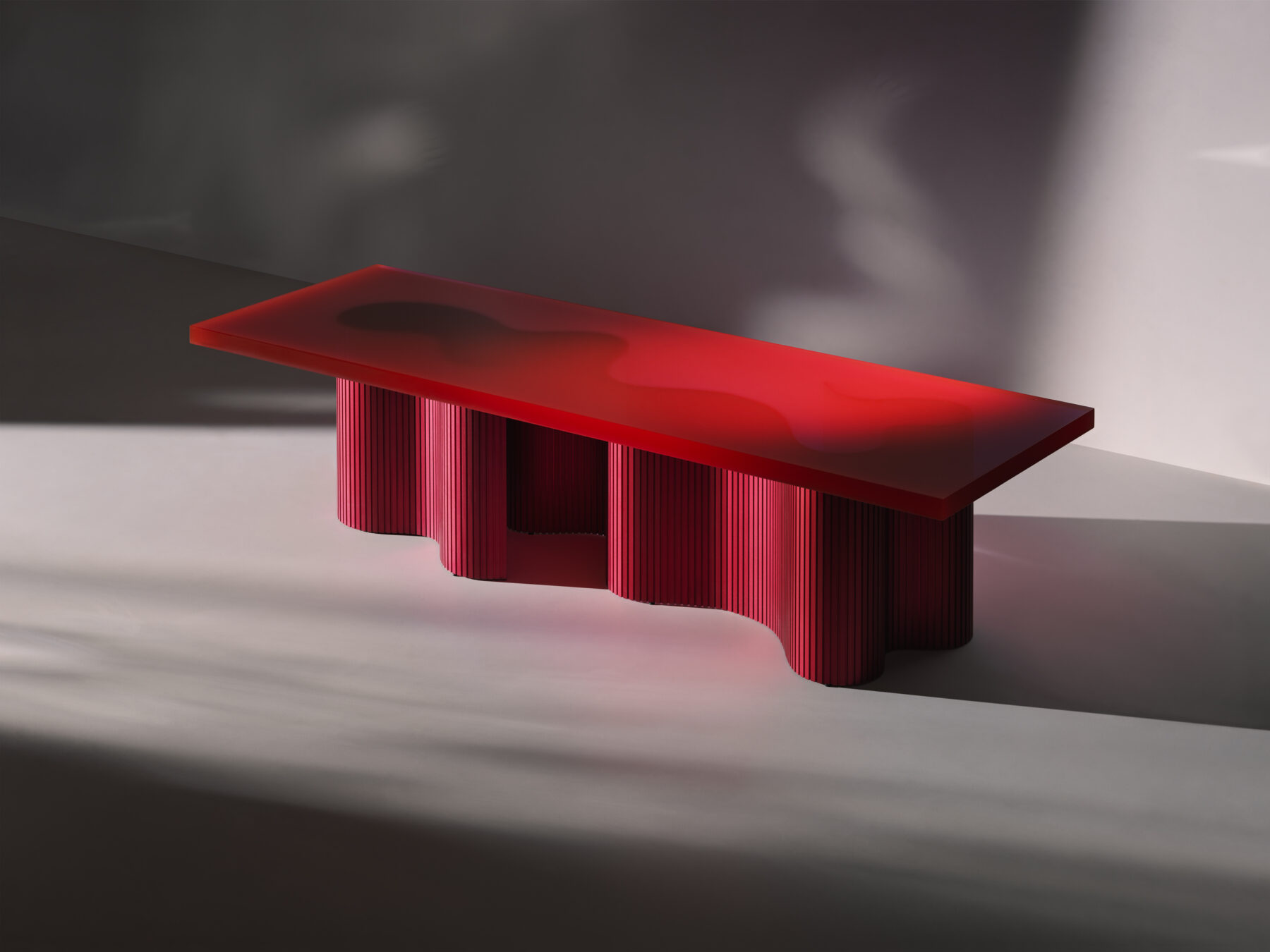 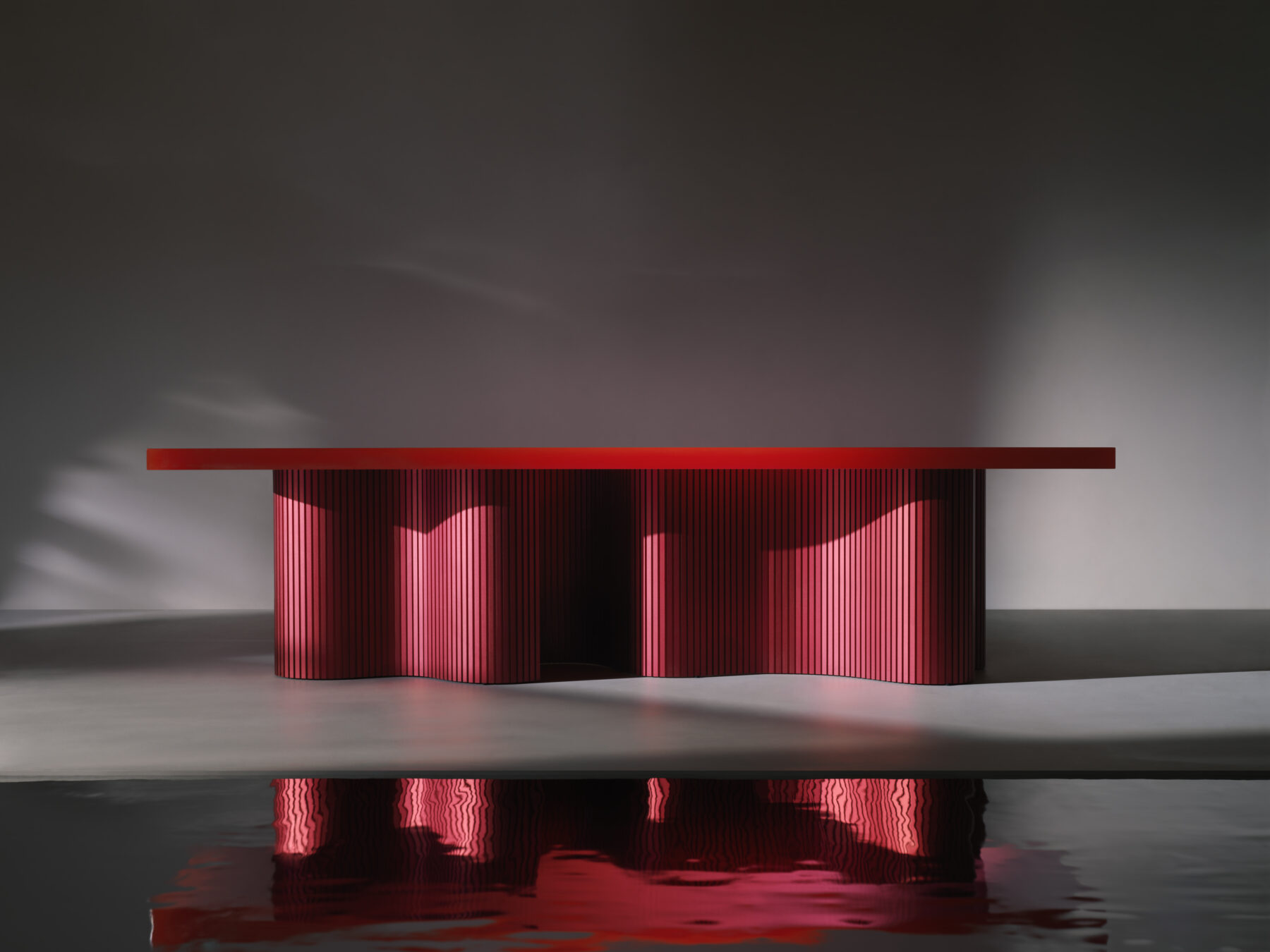 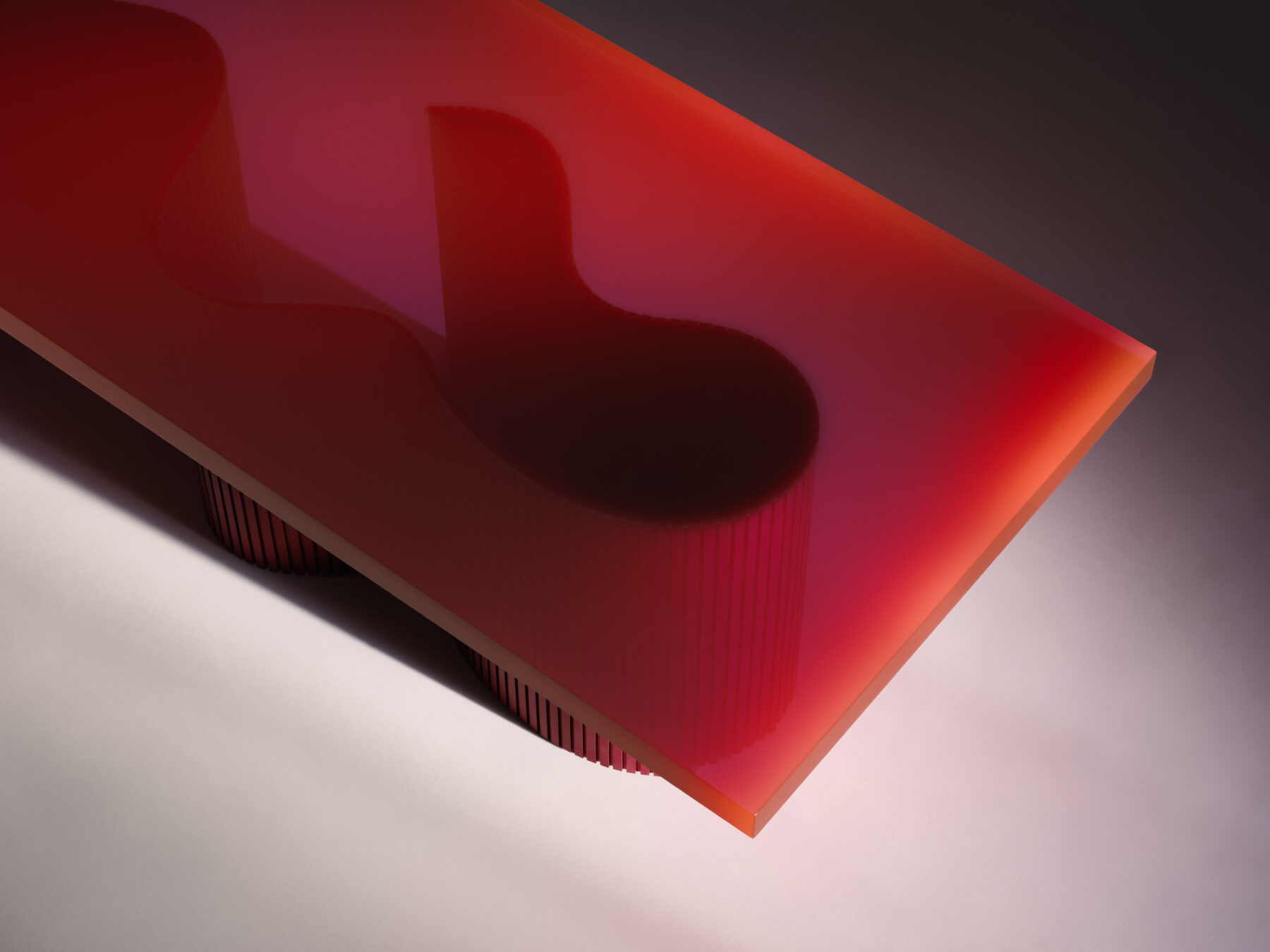 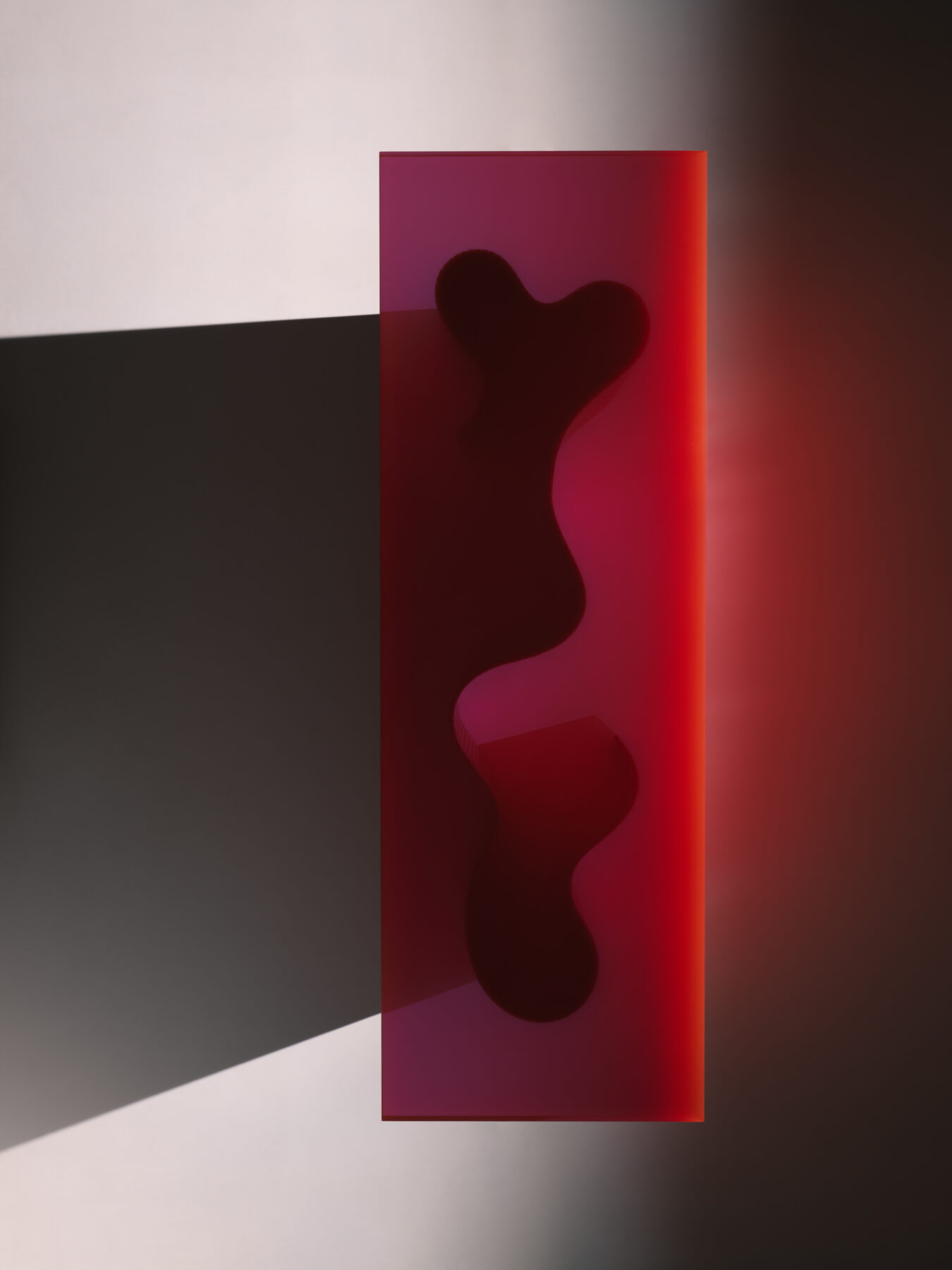